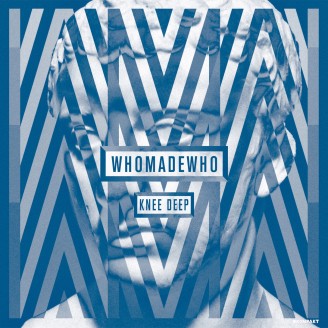 Play All Digital
Tomas Barfod, Tomas Hoffding and Jeppe Kjellberg aka WhoMadeWho have paved an illustrious career spanning numerous singles and two acclaimed full length albums. They have certainly been one of the few acts in the past decade to successfully redefine the term “crossover” in music thanks to their genre hopping creative tact. Now, WhoMadeWho team up with Kompakt to bring you this very special release. Following a long tour and still riding on success of their last full length "The Plot"(2009), in early 2010 the Copenhagen trio isolated themselves in several rooms of an semi-built hotel near the harbour of their hometown. The days at the hotel quickly evolved into a musical pendant of a tour-de-chambre, with ideas being kicked back and forth between the band members working in separate rooms. During the writing process, two musical directions occurred and instead of trying to merge the two, the band decided to record two albums. First up is what we have here - the mini album "Knee Deep”, while the full length is set for release later this year.   This eight track mini album "Knee Deep" clearly shows the band's love for electronic music in conjunction with 60’s inspired psychedelic vocal productions. The band has deliberately chosen to save the more melodic and radio friendly songs for "the second album" though it’s obvious that the single “Every Minute Alone” is one of the most brooding and greatest songs we’ve heard from them. As drummer and electronic handyman Tomas Barfod puts it, the mini album came from the desire to create "a focused listening album that draws on a more abstract musical starting point.” Even from the very first minute of the opening track, 'There's An Answer ", it becomes obvious that WhoMadeWho are painting with a darker pallet than on previous records. With an intense use of bass clarinet and a forward driving beat, the song reflects certainty and insecurity in search of answers: "There's an answer to it / There must be an answer to it." These themes of turmoil and searching are also present on the first single, "Every Minute Alone": "Every hour of doubt / Trying to figure it out / Should I call you up?"

Throughout "Knee Deep", this uncertainty is being commented on in the album-closer "We're Alive, It's A Miracle". This song comments on not only the album title and thematic development, but also references the band's experiences and challenges over the last year which included losing a childhood home to fire, the winding roads of marriage, record label disputes, all which have filled in the band's consciousness and forced them to put their career under review. Luckily, they chose the band and the music! So the 2011 menu from WhoMadeWho, Kompakt proudly kicks it off with "Knee Deep" - a starter before the main course is served later on this year.