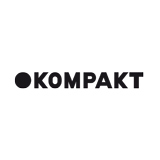 Kompakt has been running for 20+ years. In electronic music terms, that's not quite archaic, but it's hard to think of many other German labels that have survived for so long – and evolved from experimental house and early minimal techno to all kinds of dance music, into a cohesive but widespread hub of distribution, booking, publishing and management. Founded by Wolfgang Voigt, Jürgen Paape, Reinhard Voigt and Michael Mayer in 1993, Kompakt has celebrated its 20th year of existence in 2013, looking back at a past dominated by a discography of surprisingly large variety. Much-acclaimed and highly distinct artists like The Field, Kölsch, Superpitcher, Matias Aguayo, Justus Köhncke, COMA, Gui Boratto, Kaito, Walls or Saschienne have shaped their careers via the iconic imprint, just to name a very few. The complete story is surely much more complicated than that, but Wolfgang always says it best: “Forward ever, backwards never."